Pham Than Duat was a historian and cultural celebrity who set a good example for the next generations.

A historian and cultural celebrity

Born in a Confucian family, Pham Than Duat was an intelligent student of famous scholars Vu Pham Khai and Pham Van Nghi.

He got his bachelor degree in 1850 and became a mandarin in Tuan Giao district. In such remote area, he composed a famous book called “Hung Hoa ky luoc” featuring the characteristics and valued of the north-western region including Son La, Lai Chau, Lao Cai, Yen Bai, Phu Tho and Hoa Binh. His book not only is a historical book but also bear the national identities.

Pham Than Duat was also a great cultural celebrity who left a variety of cultural works. He also had a good knowledge in administration, military science, politics, diplomacy, law and economics.

In 1876-1877, the Court appointed him as a mandarin who is in charge of controlling floods in the six provinces on the left bank of the Red River. He sent various reports to the Court describing ways to control floods in the region. Accordingly, he opposed the plan to remove dykes and tried to persuade the court and mandarin to follow his ways to control floods. He also proposed tax exemption for people in flooded areas.

His proposals, which came from his heart, had not only scientific but also economic and humane values.

He was also in charge of the Quoc Tu Giam in 1857 and then taught princes Duc and Chanh Mong in 1882.

Pham Than Duan was an incorruptible mandarin and a patriotic intellectual in the late 19 th century, he was among those who launched the Can Vuong campaign against the French colonialists.

Despite being a mandarin for a very long time in the Nguyen Dynasty, Pham Than Duat was an honest and incorruptible one who always remembered his mother’s teaching that a mandarin who makes people poor will be hated.

People in Doan Hung, Tuan Giao where he was a mandarin for the longest time in his life, considered him their god for helping them escape poverty.

As a high-ranking mandarin in the Nguyen Dynasty who is in charge of the Secret agency, he was aware of the danger facing the country when the French colonialist took over the three regions and Emperor Tu Duc feared for the French, he assisted Ton That Thuyet to put Ham Nghi on the throne.

Before that, Pham Than Duat recommended building a series of fortifications in the west of Quang Tri and recruiting 500 troops in Ninh Binh in order to be ready for the war.

On the evening of July 5, 1885, he and Ton That Thuyet commanded their troops to attack the Mang Ca bastion but they failed. They accompanied Emperor Ham Nghi to Quang Tri and was arrested by the French and died when being sent to Tahiti.

In commemoration of the historian, a Pham That Duat History Award was launched in 2000 to honour talented historians who contribute to the development of the history studies of the country. News - 07/06 10:17
On March 31st at the National Assembly Head Office, the Vietnam Union of Science and Technology (VUSTA) joined with the NA Committee for Science, Technology and Environment to organise the workshop “The enforcement of Planning Law and Legislation”. Building of the value chain management of traditional medical plants Reviews on the information technology in education plan

News - 07/06 09:52
Thanh Hoa, May 23, 2022 - A scientific workshop “Plan to build information technology infrastructure in management agencies and educational institutions that meet the conditions for the implementation of the General Education Program 2018 and the implementation of shared platforms, applications and learning materials in the education sector” (the Plan) was held. Automation in the National Digital Transformation Program – Smart and Innovative

S&T Research & Application - 01/06 16:26
This is the theme of the 6th Scientific Conference and Exhibition on Control and Automation (VCCA 21) which is held on 8 and 9 of April in Ho Chi Minh city as announced by the President of Vietnam Automation Association at a press conference. International Cooperation - 01/06 16:22
The project “Sustainable protection of Nomascus siki in Vietnam: strenghthening capacity and collaboration for actions” owned by Viet Nature Conservation Centre has been approved by Vietnam Unions of Science and Technology Associations (VUSTA). News - 29/03 17:03
For a decade, wild elephants have assaulted and caused damages to property and crops on arable land of local people in the districts of Buon Don, Ea Sup, Ea H’Leo and Cu M’gar in Dak Lak province. Social Consultancy And Evaluation - 29/03 16:53
Binh Thuan - March 9, 2022, Binh Thuan Provincial Union of Science and Technology Associations (Binh Thuan PUSTA) held a hybrid meeting on “Planning of Binh Thuan province for the period of 2021 and 2030, vision to 2050” International Cooperation - 15/03 15:05
The nonrefundable assistance project granted by Friedrich Ebert Stiftung (FES) is approved by VUSTA at the Decision No. 163/QĐ-LHHVN dated January 22th 2022. The Centre for Sustainable Rural Development (SRD) is the implanting the said Project. News - 15/03 14:53
1. “Hero of Labor during Đổi Mới period” awarded by the President of S.R Viet Nam to the former VUSTA leaders and scientists 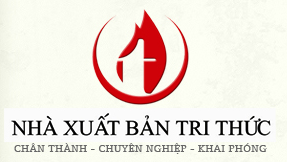 Promote the role of social consultancy and evaluation activities of VUSTA